Dogs are a bunch of delight.

In the U.S. alone, according to American Pet Products Association, 62% of households own a pet, which equates to 72.9 million homes. For centuries, they are tagged as man’s best friend. Search the net and you will find many stories of close relations and loyalty between dogs and humans.

When it comes to behavior and intelligence, dogs are one of the most trainable pets of all time. Some accounts would tell you that dogs evolved from wild wolfs through being domesticated by early civilizations. In our time, humanity came past domestication and put forward training dogs for more sophisticated and purposeful behavior modification.

We collected some photos of the dogs we trained. As you can observe, they seem to express emotions, don’t they? According to researches, dogs indeed, like humans to a certain extent, can feel several emotions such as arousal/excitement, distress, anger, affection, happiness, and fear. Take a look on the photos below and try to discern what they are trying to convey. 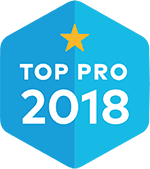